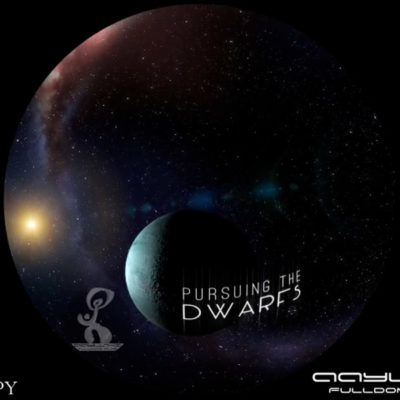 The categorization of dwarf planets sets the world in two parts … one who loved Pluto as planet and the others who preferred simpler cataloging of celestial bodies … Dwarf planets are the worlds too small to be considered as full-fledged planets, but large enough to be classified as asteroids.  These are the ancient relics of our solar system.  They were born the same way as our eight planets, but somehow along the way, they stopped developing further.  These embryonic planets holds the key to the secrets of planetary evolution.  Today 5 small bodies fits the category of dwarf planets, but there are more waiting to join the list.  Our advanced probes like ‘New Horizon’ and ‘Dawn’ are seeking the unknown.  Let’s take a glimpse of the wee class of dwarf planets in our full dome show, Pursuing the Dwarfs. 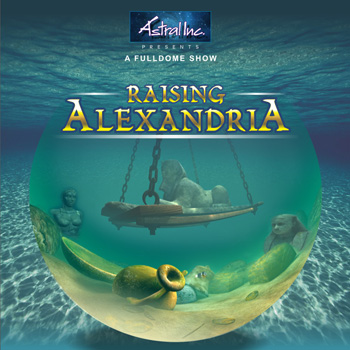 Twenty three centuries ago, Alexander the Great founded a magnificent city in Egypt called Alexandria.  It was considered Egypt’s most important trading metropolis on the Mediterranean and was filled with hundreds of palaces, temples, and glorious landmarks like the great Library and Lighthouse.  All traces of ancient monuments have vanished, and today most parts of the ancient city lie at the Mediterranean seabed.  We recall the memories of this ancient capital lost to time in Raising Alexandria.

Realm of Light: A Brief History of Life 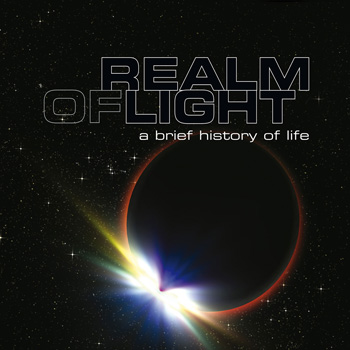 A journey to the origins of space and our life.  The show tells in breathtaking pictures the story of the Universe and the Earth – from the big bang to the onset of modern man. 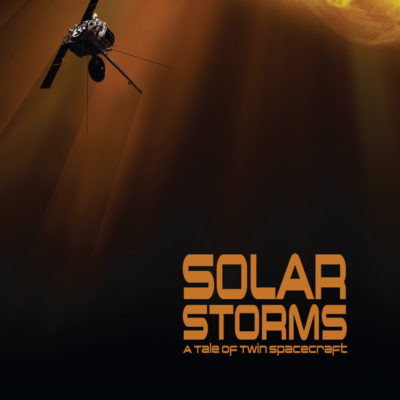 A Tale of Twin Spacecraft From Earth, the Sun cannot be looked at with human eyes.  Solar Storms gives the audience the opportunity to see the Sun up close.  Stand above the arctic circle and witness the most brilliant auroras on Earth; take a ride on a solar blast from the Sun’s surface to Earth’s Magnetosphere, and come to a deeper understanding of what this vast sea of fire means to life here on Earth. 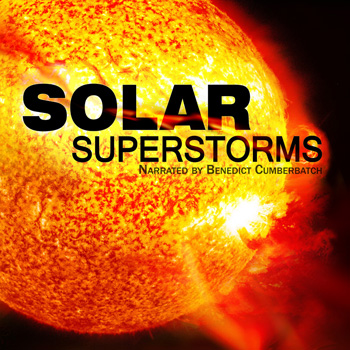 A fury is building on the surface of the Sun – high-velocity jets, a fiery tsunami wave that reaches 100,000 kilometers high, rising loops of electrified gas.  What’s driving these strange phenomena?  How will they affect planet Earth?  Find the answers as we venture into the seething interior of our star.

Solar Superstorms is a major new production that takes viewers into the tangle of magnetic fields and superhot plasma that vent the Sun’s rage in dramatic flares, violent solar tornadoes, and the largest eruptions in the solar system: Coronal Mass Ejections.

The show features one of the most intensive efforts ever made to visualize the inner workings of the sun, including a series of groundbreaking scientific visualizations computed on the giant new supercomputing initiative, Blue Waters, based at the National Center for Supercomputing Applications (NCSA), University of Illinois.

Brace yourself for the onslaught of the next … Solar Superstorm. 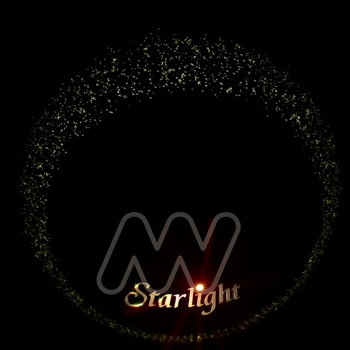 For thousands of years we have looked to the stars at night in wonder and awe.

Their mysteries have inspired curiosity across all cultures and civilizations.  Starlight is told through the eyes of Margaret, as she steps back in time to relive childhood fears of the dark that awoke her curiosity about the night sky.

Starlight features stunning visualizations that take audiences from Earth to the stars, through nebulae and galaxies, and on trips through the hearts of stars and supernova explosions.  It also presents Christiaan Huygens’s first attempts to study starlight, and introduces the concept of spectroscopy — all as part of Margaret’s personal story about exploring the sky.

Join Margaret as she takes you on an out-of-this-world journey to discover constellations and ancient cultures, the birth and death of a star and the inner workings of our Sun. 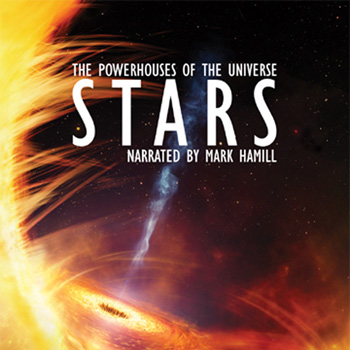 Journey to the furthest reaches of our galaxy and experience both the awesome beauty and destructive power of Stars.  This dramatic program features the voice talent of Mark Hamill and stunning 3D animation by NSC creative at the National Space Centre in Leicester, UK.

Stories in the Stars 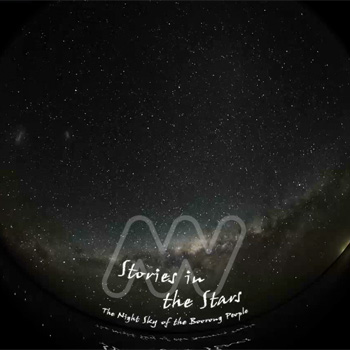 Erica and Daniel are two Indigenous Australian teenagers from the city.  This weekend, instead of going to a party, they are at Lake Tyrrell in north-west Victoria which is their family’s country.  They spend the weekend walking around the lake with Grandma and Grandpa, hearing stories about the constellations in the night sky and learning about how this relates to their culture.

European night sky stories are familiar to many people.  However the stories indigenous to the southern skies are less well known.  Although different Australian Aboriginal groups have different astronomical traditions, there are some broad similarities between many traditions which are often very different to more familiar astronomy. 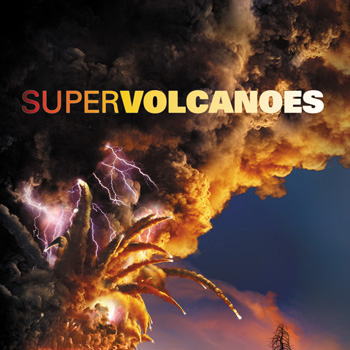 The award-winning Supervolcanoes looks back at rare classes of eruptions that have marshaled the energy that lurks, like a sleeping dragon, beneath the surface of planet Earth.  The program moves beyond Earth to explore the impact of giant volcanic eruptions around our solar system.  Audiences will fly down to Neptune’s frigid moon Triton, and onto the ultimate volcanic world: Jupiter’s moon Io.  On a visit to a legendary North American hot spot, Yellowstone National Park, the film asks: can a supervolcano erupt in our time? 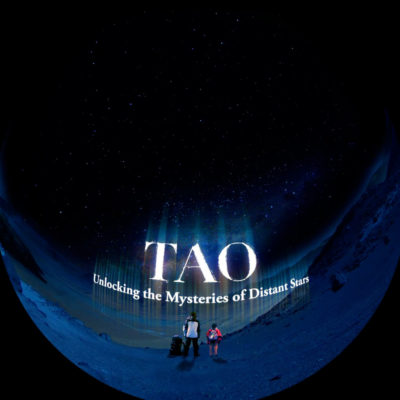 Chile, South America, Atacama Desert, TAO project team of Tokyo University has been constructing the huge infrared telescope on the peak of Mt. Chajantor.  The story unfolds as an astronomer working on the project meets a boy named Sherpa.  Together they watch the stars, trace the constellations and discover the pure fascination for the stars.

Based on the interviews of the TAO project members, the story lively depicts the enthusiasm of the astronomer for the stars. 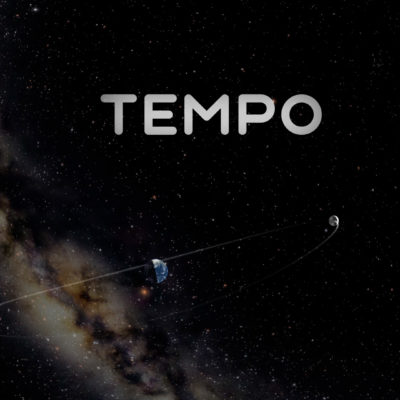 Our modern lives, ruled as they are by smartphones and agendas, too often seem like a race against the clock.  In Tempo, the race stops to make time for the cycles of nature and the skies.  Tempo makes superb use of the dome and an entrancing soundtrack to give audiences a whole new perspective on how we view the heavens, showing us the connection between our concept of time and our position in the Universe.  Audiences are invited to put their clocks and watches aside and get back in touch with the bonds between humans and nature.

The Adventures of Rosetta & Philae 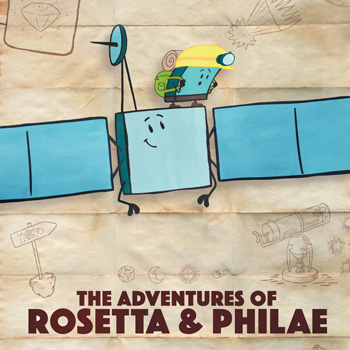 The Adventures of Rosetta & Philae
27

Once upon a time there was a space probe called Rosetta, which was shot into the night sky.  She was embarking on a long, long journey with the aim of unveiling the secrets of our solar system.  On board was her constant companion, the lander Philae.  The destination of their journey was comet 67P/Churyumov-Gerasimenko.

Join Rosetta and her lander Philae on a wonderful journey to the comet Chury.  They travelled for more than ten years and experienced lots of exciting things along the way.  Little Philae eventually managed to land on the comet and explore it more
closely.  Come along on the adventure and find out what secrets Philae and Rosetta were able to unveil.

On the long journey from Earth into space, you’ll hear from Rosetta and Philae what it takes technically and scientifically to explore a comet up close.  You’ll also find out what fascinating insights have been gained from comets, these “dirty snowballs” that travel through space.  The dome adaption of ESA’s great cartoon about the Rosetta Mission will entertain and educate children and adults alike.

The Blind Man with Starry Eyes 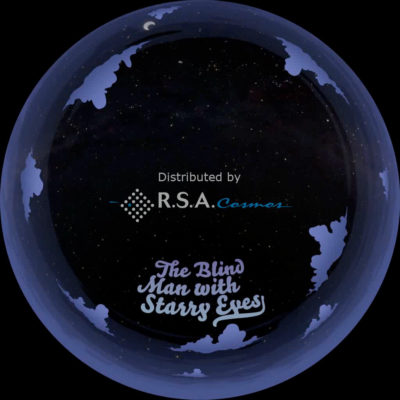 In order to increase his power, a tyrant asks an old wise man of his kingdom to give him the secrets which would enable him to extend his power and domination.  Despite his insistence, he can only elicit one answer from the old wise man: “Look at the sky and count the stars.”  When he realizes that the old wise man will not give him more clues, the tyrant follows his advice and starts counting the stars in the sky.  Step by step, a relationship takes place between them which will change the tyrant’s quest for domination into a quest for knowledge …

The Breath of Life 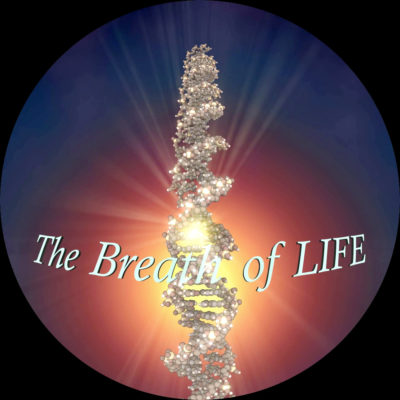 Life is a rare form of matter, discover more about its mysteries! The show begins with the origin of the first organic molecules and the DNA.  Following the path of the evolution, audiences will learn more about the appearance of first cells, the first bacteria and the first protozoa, defining a variety of biology concepts like prokaryotes, eukaryotes, unicellular and multicellular beings.  Following a virus being chased by a white blood cell, you will be taken into a journey inside a cell to meet the all cellular organelles.  The audience will also experience the concept of tissues, organs and organic systems in order to grasp the magnificent power of life on Earth.

The Dark Side of the Moon 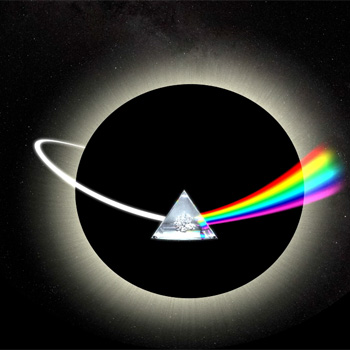 The Dark Side of the Moon
43 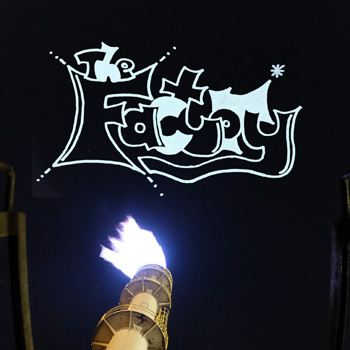 The film is a tribute to Zoox, the urbex photographer and explorer.  A fulldome short-film for planetarium and digital dome theatre.

The Girl Who Walked Upside Down 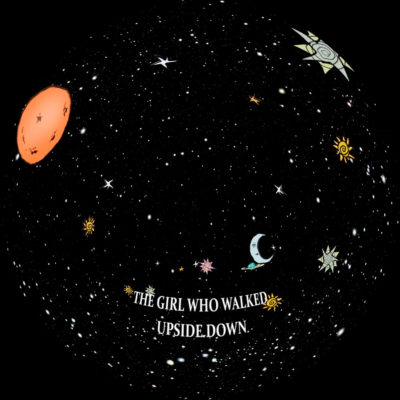 This is the story of a very special girl.  She came to us one spring day after a storm, walking upside down by the rainbow.  She has a very special point of view of everything, perhaps due to her special way of walking.  The girl who walked upside is committed to the fight against light pollution. 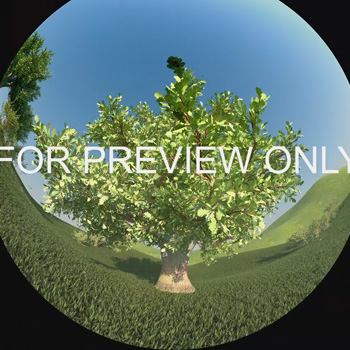 In the same way astronomers look up at the stars, trees reach up to the sky.  They are the giants of plant evolution, reaching towards the light of the Sun.

Trees, forests and all the greenery of Planet Earth work together with the air, water, and sun to maintain all life on our planet.  Therefore, the trees in the park or in the rainforest can tell us astounding things about our environment and the planetary cycles which shape them.

Follow us on an impressive journey into the Earth’s climate and the significance of the forest – between night and day, through the seasons and ice-ages.

The Green Planet – 3D is a fulldome show for planetariums and digital dome theatres.

The Life of Trees 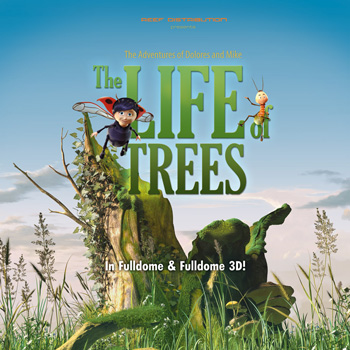 The Life of Trees lets the audience experience nature from a different perspective.  Two quirky insects, a ladybug called Dolores and a firefly called Mike, explain the complex processes that happen inside a tree in a fun and entertaining way: How do trees grow?

How do they transport water against gravity to the top of the crown?  How do green plants make life on earth possible by producing oxygen?

The Life of Trees is a perfect planetarium show for the whole family that raises the awareness of protecting the nature we live in. 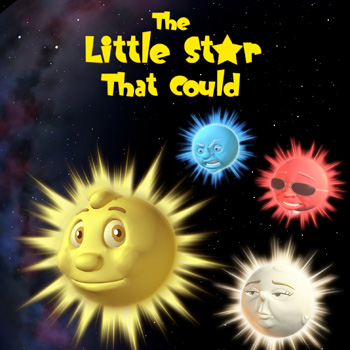