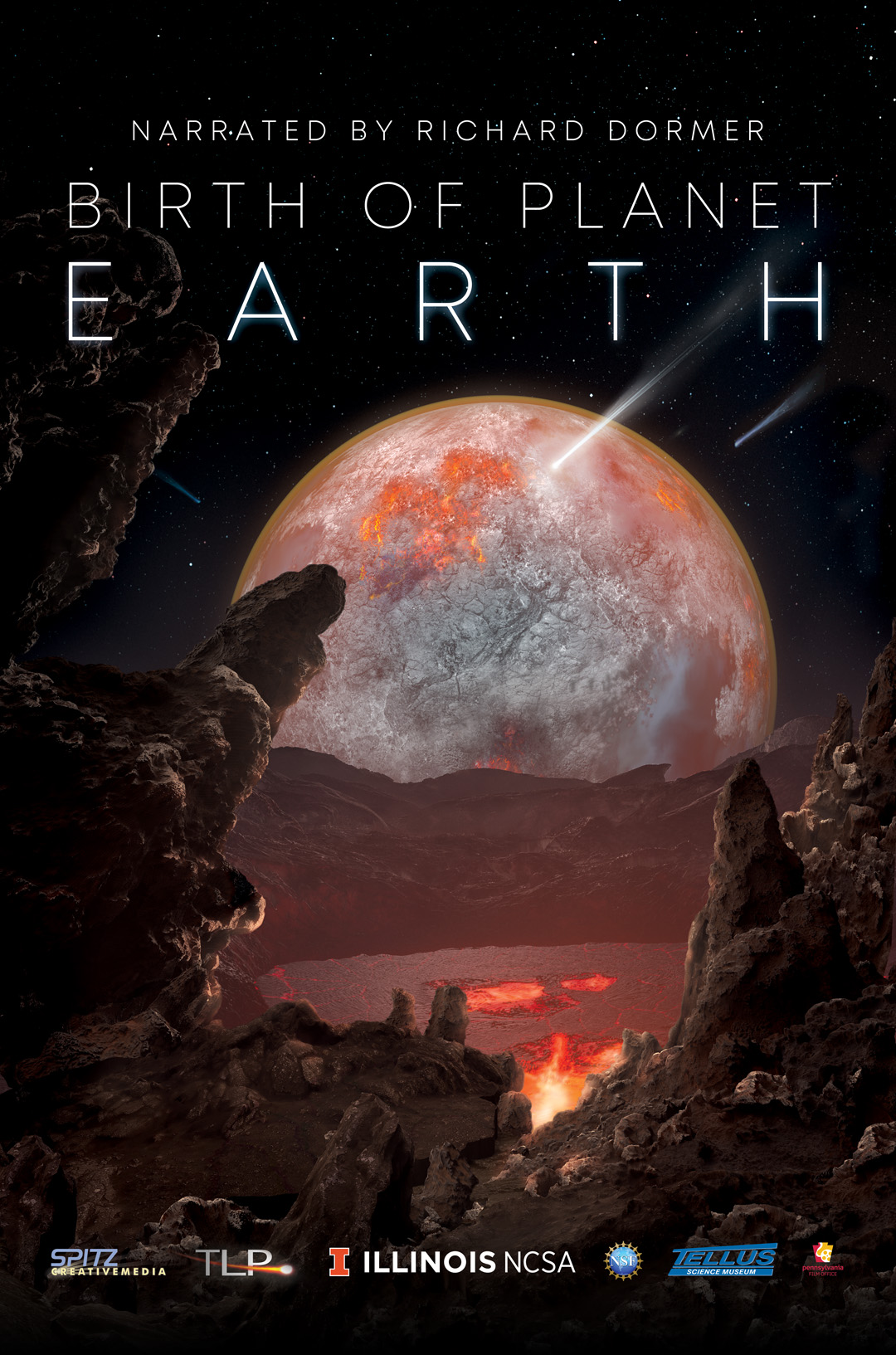 Birth of Planet Earth is a planetarium fulldome show that tells the twisted tale of our planet’s origins.

Scientists now believe that our galaxy is filled with solar systems, including up to a billion planets roughly the size of our own.

The film employs advanced, data-driven, cinematic-quality visualizations to explore some of the greatest questions in science today: How did Earth become a living planet in the wake of our solar system’s violent birth?  What does its history tell us about our chances of finding other worlds that are truly Earth-like?

Produced by Spitz Creative Media, NCSA’s Advanced Visualization Lab, Thomas Lucas Productions, Inc., in association with Tellus Science Museum.  This project has been made possible with support from the Commonwealth of Pennsylvania and the Greater Philadelphia Film Office; funded in part by the National Science Foundation.